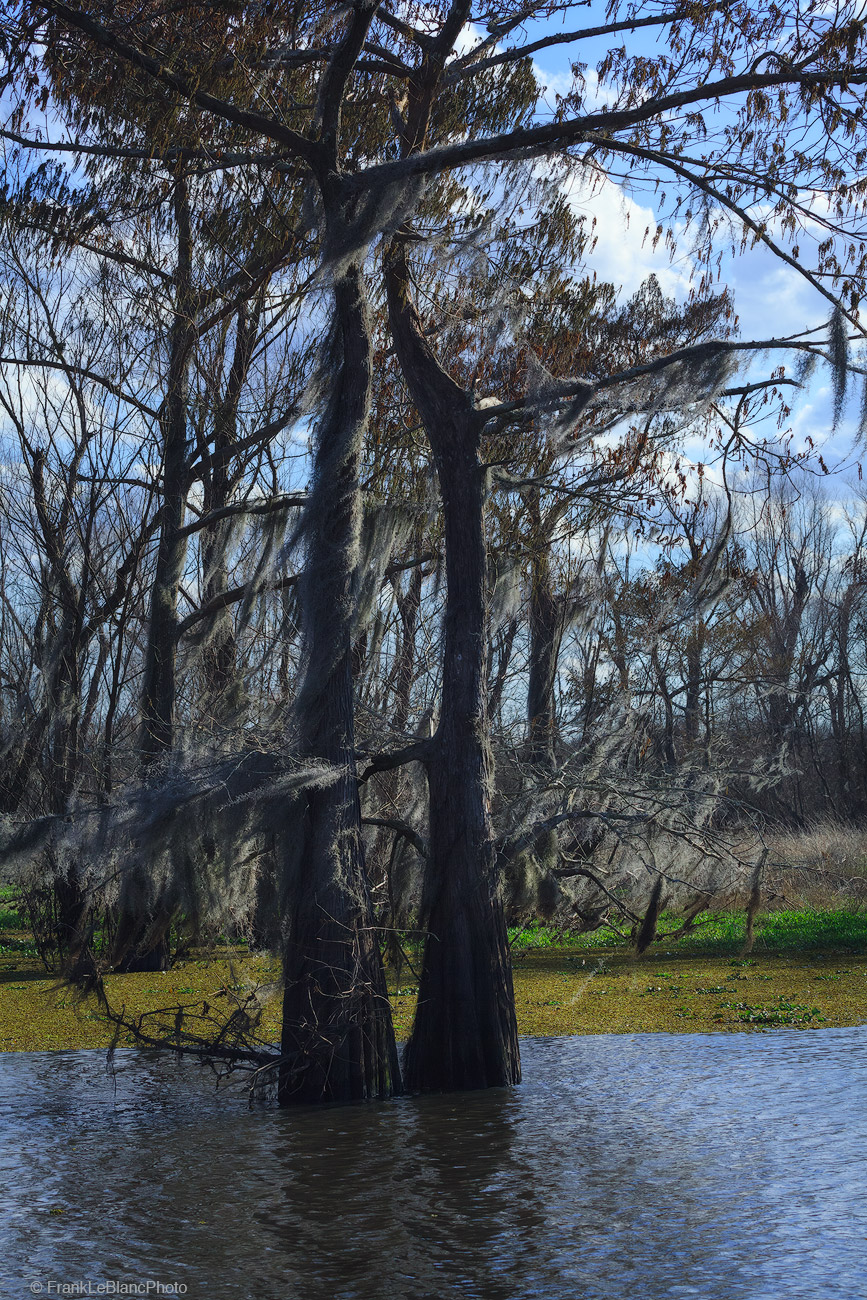 Two Bald Cypress trees stand together and are from the same root system. These are small in size compared to the giants in other areas of the Atchafalaya Basin, however they are old trees. Cypress are relatives of the giant Redwoods and Sequoias of California. Before levees were built on the Mississippi River the Atchafalaya basin was a large flood plain and swamp which resembled the rain forests of the Amazonian basin. The giant Cypress reached heights of over 150 feet and shaded the smaller trees creating a jungle on water that teemed with wildlife. Photo © copyright by Frank LeBlanc.

Email Frank LeBlanc about this photo
« Louisiana  « Atchafalaya Basin, Henderson Swamp
Related Galleries: How To Find the Right Landscape Photograph For Your Home or Office